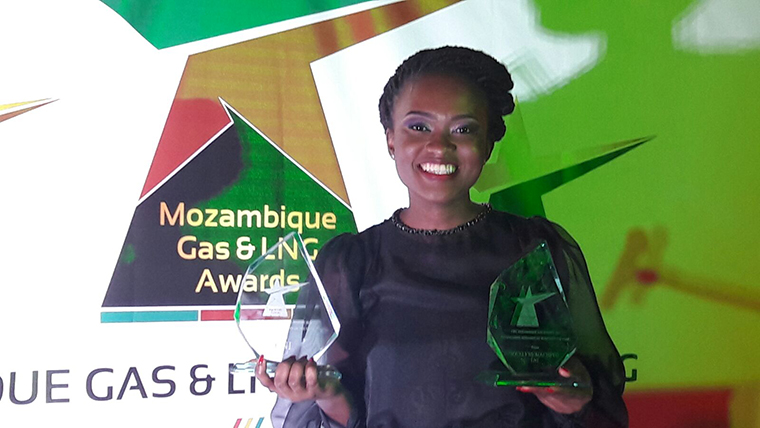 Eni “International Oil Company of the year” and our Jocelyne Machevo, “Outstanding Mozambican Woman of the Year”: two awards the underline the depth of our commitment to Mozambique and the enormous human potential of the Mozambican people.

Now in its fourth edition, with participants from over 30 countries, the Mozambique Gas Summit is the most important event for a sector that is key for the country’s development. This year the event demonstrated that the sector is undergoing a renewed phase with giant projects that will lead to the production of the substantial resources discovered in the waters of the Indian Ocean. With it decision to invest in the Coral South project last June, Eni confirmed to the world the quality of the asset, its own technological leadership in the development of deep-water gas fields and confidence in the country.

Jocelyne Machevo, Coral Project Interface Coordinator, received the award as “Outstanding Mozambican Woman of the Year” for her competence, perseverance and dedication, characteristics that have made a significant contribution to a correct understanding of the most complex and innovative aspects of the project by all the stakeholders and ensured its success.

Discussions were held during the Summit on strategies for the development of local content and in support of small and medium-sized enterprises, as well as measures to attract investments and promote innovation.

But the Mozambique Gas Summit is also an opportunity to celebrate those who have made significant contributions to the development of the gas and LNG industry in Mozambique and it was with great honour that we received an award as “International Oil Company of the Year” for our development model which combines our productive activities with extensive support for local communities and their socio-economic well-being.