Providing the world with energy by means of the circular economy 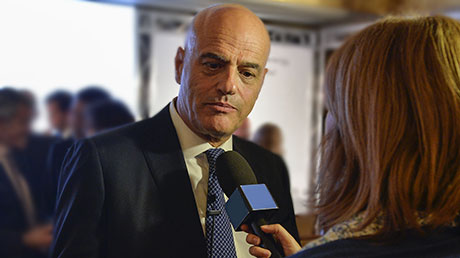 Climate and energy resources are the key factors on which the future depends. The stakes are high. We are on the cusp of an energy transition unlike any other since the dawn of the industrial era. In the past, the direction of travel was dictated by market forces, infrastructure and technological progress – driven first by the use of coal, then hydrocarbons. The current transition must be driven by the need to protect the environment in order to ensure that the impact of human activity is reduced.

Unfortunately, we cannot yet claim to be on the right track because we are far short of attaining the target of a maximum increase of 2°C in global temperatures set by COP21. To reach this objective by 2030, we need to reduce the 32 billion tonnes of CO2 we are currently releasing into the atmosphere to 24 billion tonnes each year. Indeed, as the situation stands, we are in danger of increasing emissions from 32 to 34 billion. According to the International Energy Agency (IEA), at this rate, temperatures will rise by 2.7°C and by 2040 we will have reached the very limit of the amount of emissions permitted to maintain the goal of a two-degree increase.

There is no doubt that the energy sector, which for decades has enabled the world economy to grow and prosper, has contributed to the increase in emissions and therefore has a responsibility to reduce them. At Eni, we have drastically reduced our carbon footprint. Scientific research and digitalization are helping us to go even further: smart digital solutions applied in all our business environments will ensure that by 2030 our CO2 emissions are reduced by 20 per cent. In the medium term, a different energy mix that integrates the potential of natural gas within the growth of renewable energy, will be of great help to improving the situation. We will need to construct a model for final energy consumption (where more than nine-tenths of the sector’s emissions occur) that is more efficient, minimises waste and favours the use of cleaner sources of energy, largely by adopting more advanced technologies.

But it will also be necessary to look beyond the energy system, which accounts for 60 per cent of emissions. In wealthy countries, we consume too much of everything: clothing, food, plastics, household appliances, vehicles. We need to adopt a new model of energy conservation based on a circular economy and way of life – not merely reducing waste, but also decreasing the need for raw materials.

This is what we are doing at Eni; having invested in technologies that enable us to recover urban and industrial waste, we are now transforming our refinery and chemicals operations by focusing on organic production and circularity. These developments will serve to increase spending budgets here in Italy (we are planning expenditure of €4 billion by 2021), creating new jobs and innovative forms of employment.

But if we seriously want to face up to this issue, we cannot limit ourselves to thinking solely in terms of decisions affecting the developed world. The 35 OECD countries together account for only 17 per cent of the world’s population, but produce 63 per cent of global GDP. The disparity is most evident in Africa, which sustains 17 per cent of the world’s population but contributes only 3 per cent to global GDP, despite the fact that it has more oil and gas reserves than the USA and enormous potential in terms of solar and wind-energy production. There can be no solution to the energy dilemma without investment in these areas, where the greatest demographic expansion is taking place. We need to take energy where it is needed, to distribute it better and provide opportunities for development.

Pope Francis clearly illustrated this last week at the Vatican, when he met with a delegation of leaders from the energy sector (of which I was honoured to be a member) as well as major global investment funds. The Pope reminded us that more than a billion people live without electricity and added: “Hence the challenge of providing the immense quantities of energy needed by everyone, while exploiting resources in ways that avoid environmental imbalances such as to cause degradation and pollution, by which the whole of humanity would be seriously damaged, today and tomorrow.”

We must act together now – governments, societies and major investment funds. We must do so in such a way as to create new opportunities for all, based on the circular economy. But each one of us can contribute something – starting, for example, by avoiding wastefulness and being more efficient in our use of energy.